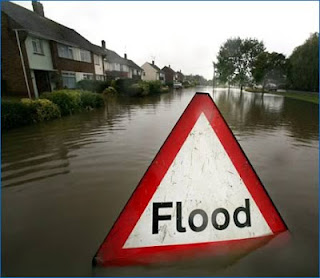 I rode the Evans Cycles Ride-It Hatfield sportive today.  The organisers said that less than half the pre-booked riders turned up due to the appalling weather, so I must have been really stupid because I hadn't pre-booked and still treked over to the start by train and bike with a view to doing the long, 90 mile route.

Evans hadn't marked the long route so I reluctantly ticked the on-line entry form for 60 mile, medium distance and joined a small group readying themselves to start.  Some of the riders in the group had brought their best bikes despite the weather; there was a Parlee and a Cervelo S3 in the group as well as my Basso.

After leaving the starting venue the road descended to the main Potters Bar road and I freewheeled past the two exotic bikes on my handbuilt winter wheels with ease.  The road then started going uphill and my legs were feeling loosened up from the 9 mile cycle from St Albans railway station and I pulled away from the group and began picking off riders who had started earlier.

I caught two riders who immediately jumped on my wheel and I dragged them along until the next big climb where they passed me and managed to gain a bit of distance.  I set my targets on catching them.

I took a wrong turn at a junction near Digswell and did a quick U-turn. The roads at this point were flooded and I initially took it easy hoping to keep my feet dry.  It was at this point that the Cervelo S3 caught me up and then flatted; his lightweight tyres on ENVE rims weren't very practical for the conditions.

I re-caught the two riders on the road to Watton at Stone and we had a quick chat, my Basso receiving compliments again. They sat on my wheel until dropping me yet again on the hills to Walkern.  There was a block headwind from Walkern all the way to Cromer and I almost gave up hope of catching them but at Cromer the route headed back and I pushed hard determined to complete the ride in a good time.

With my scalp lost to the two riders I pressed on and spotted them just before the feed station and as they stopped I didn't and attacked. I overheard the man at the feed station say there were only two other riders ahead so, with scalp restored, I went on a charge, optimistically hoping of catching them.

I continued solo along the lanes, with severe flooding on many and, with soaked shoes I rode like a mad Belgian and caught and passed the two cyclists on the run in to Hertford.  From then on I half expected to be caught and overtaken by faster riders but it didn't happen.

On the final leg I overtook several other cyclists, presumably who had completed the shorter route and only one of which was able to re-take his scalp when my left thigh began to cramp.  There are some cheeky climbs in the last 5 miles and my leg was getting stiffer by the mile.

I eventually finished in 3hrs 32mins.  I rode back to St Albans railway station in the pouring rain which I don't think had stopped all morning.  Total distance today: 74 miles.

I wish I could have done the 90 mile route today as I desperately have to build on my miles ahead of l'Ardechoise.
Posted by BMc at 17:58