I think there is a Dutch saying about things in life are like a rectangle with the sides representing the day to day tasks. If you spend more time on one thing the net result is the stretching of the corresponding length of the rectangle but the shrinking of the width.


Clearly my life rectangle in respect of this blog has been pencil thin during the last couple of months. I haven't had the time to write nor fix the picture uploading issue due to other long-sided activities.

I currently have a Crud rear mudguard fitted (with helicopter tape to protect the paint) and can include in the sale with the front if required.

If you have followed my blog posts you will have read that the frame is a Basso Racinglight steel, handmade in Italy in 2000. I purchased it NOS 2 years ago, built it up and have ridden it for 504 miles. The matching Basso fork is carbon with a 1" steel steerer.

The frame always receives compliments and Condor cycles believe that the handbuilt, fillet brazed frame is as light as their latest Super Acciao. I looked at a new Pegoretti frame at the London Bike Show recently and in my opinion the quality of weld and paint on my Basso is better. 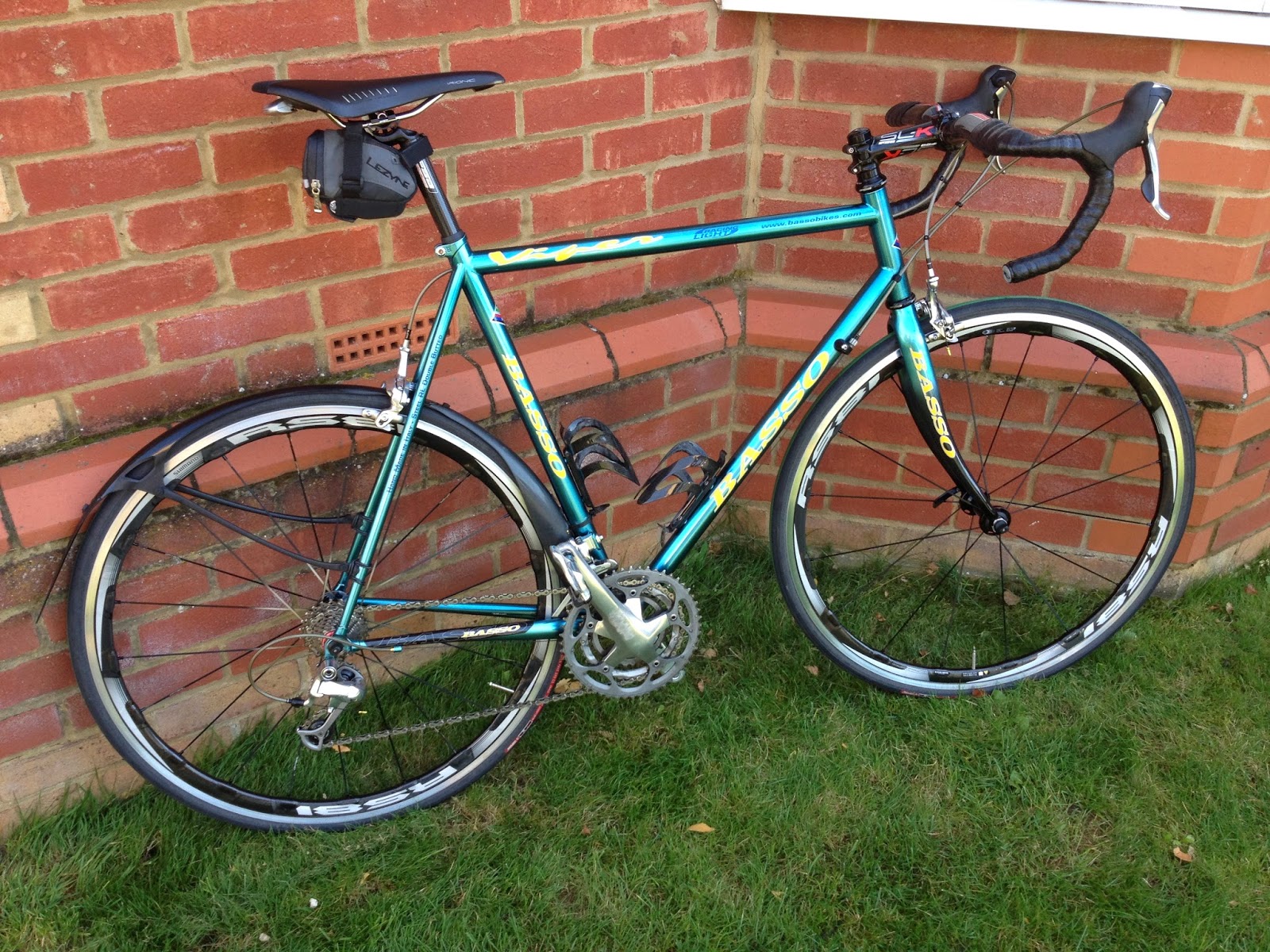