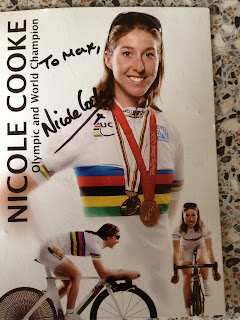 In Cav's autobiography he mentions that Nicole has a full English breakfast before racing. If I meet her again I will have to ask if it is true. 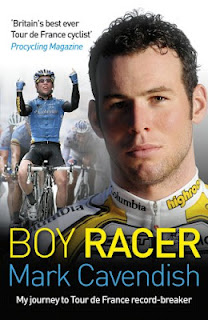 This morning I set my alarm to get up early, with a view to riding the route of the forthcoming Leighton Buzzard cycle club's reliability ride, approximately 75 miles for me.  However, when I opened the curtains the thick fog wasn't what Siri had forecasted the night before, so I decided to delay my start with the hope that the fog might lift.

Whilst waiting I emulated Nicole and had a bacon and fried egg sandwich for breakfast :-)

The visibility had improved by about 9am so I retrieved my bicycle from the garage and put some lights on.  I also realised how cold it was so I quickly added some knee warmers to my Rapha shorts, socks, long sleeve jersey and softshell jacket ensemble.  I planned to stay toasty.

I had downloaded the GPX route for the reliability ride to my Garmin but it took nearly 8 miles before it managed to get the navigation sorted.  I joined the route near Woburn Sands so the Bow Brickhill climb was the first shocker and a few other cyclists were congregating near the start, so it may be the annual hill climb for the North Bucks Road Club.  I didn't hang about to find out.

I continued on the route following the beeps and instructions from the Garmin but around Linslade it all went wrong and the Garmin began directing back towards home instead of South and into the Chilterns.  I turned the navigation off at that point and decided to head back towards Clophill to have a crack at the so-called Clophill Ball Breaker on Strava before heading home.

Through Ampthill I tried to get the speed camera to flash on the descent passed Redborne school but I guess a 31mph cyclist doesn't trigger it - must try to go another 3mph quicker to see if that works ;-)

On my way back into Flitwick I was giving my legs a final thrashing and a motorcyclist came alongside me, gave me the thumbs up and said I was breaking the speed limit. LOL.